Sign Up Now
For Email Marketing you can trust.

God is Raising Up a Generation of Kid Missionaries

God Is Raising Up a Generation of Kid Missionaries by Dr. Clint May 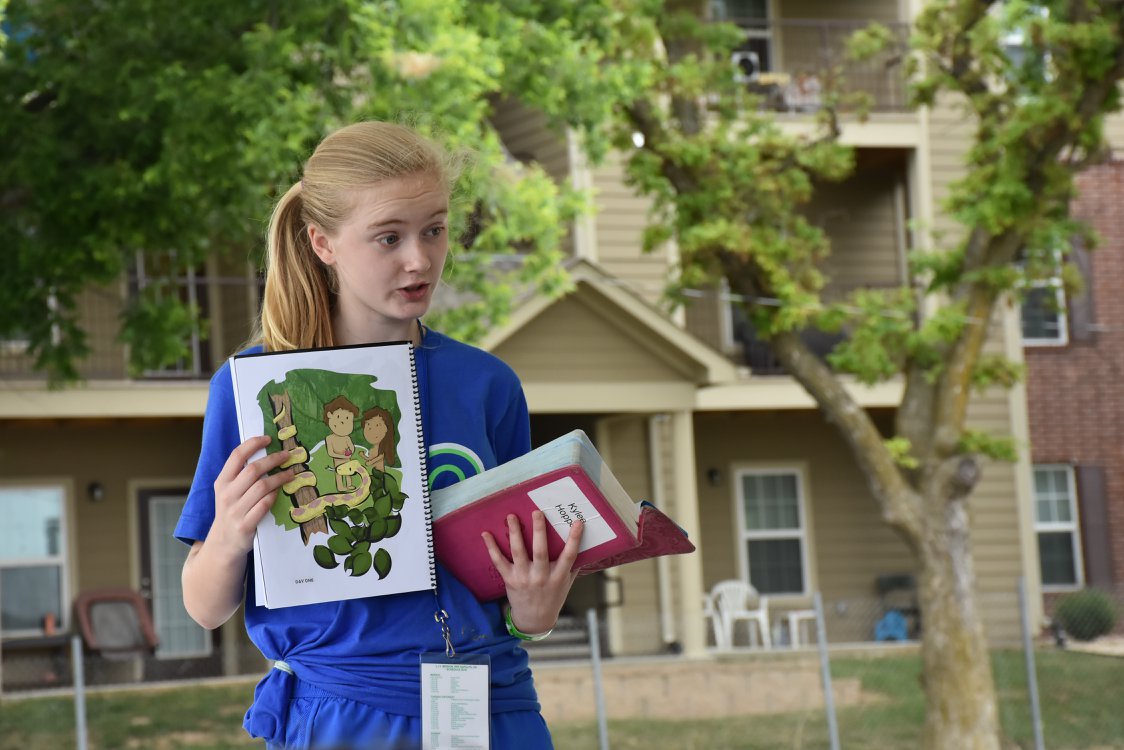 Last month, we shared about a young man who started a Bible study at his school. During the ETNG conference, one of the attendees, Sandi St. Claire from Farley St. Church, shared that four children from her church had started Bible studies in their schools this school year. As I hear these stories, I am hearing and seeing a fresh move of God in the lives of children. He is moving in a powerful way in their lives. They are so passionate about reaching their friends that they are going to the school principals and getting permission to have their Bible studies. Apparently, the Lord is making that door wide open! Presley at Willow Park Church felt led to start a Bible study for her Christian friends who are struggling with their faith. There are seven girls attending each week. It is amazing to see children following the leadership of the Holy Spirit in their lives and reaching their friends in places where you would not even expect. As we move into the spring, we are seeing new doors of opportunity for L.I.T. Ministries. We covet your prayers for wisdom from the Father. This is His ministry, and we want to step through doors that He is opening. 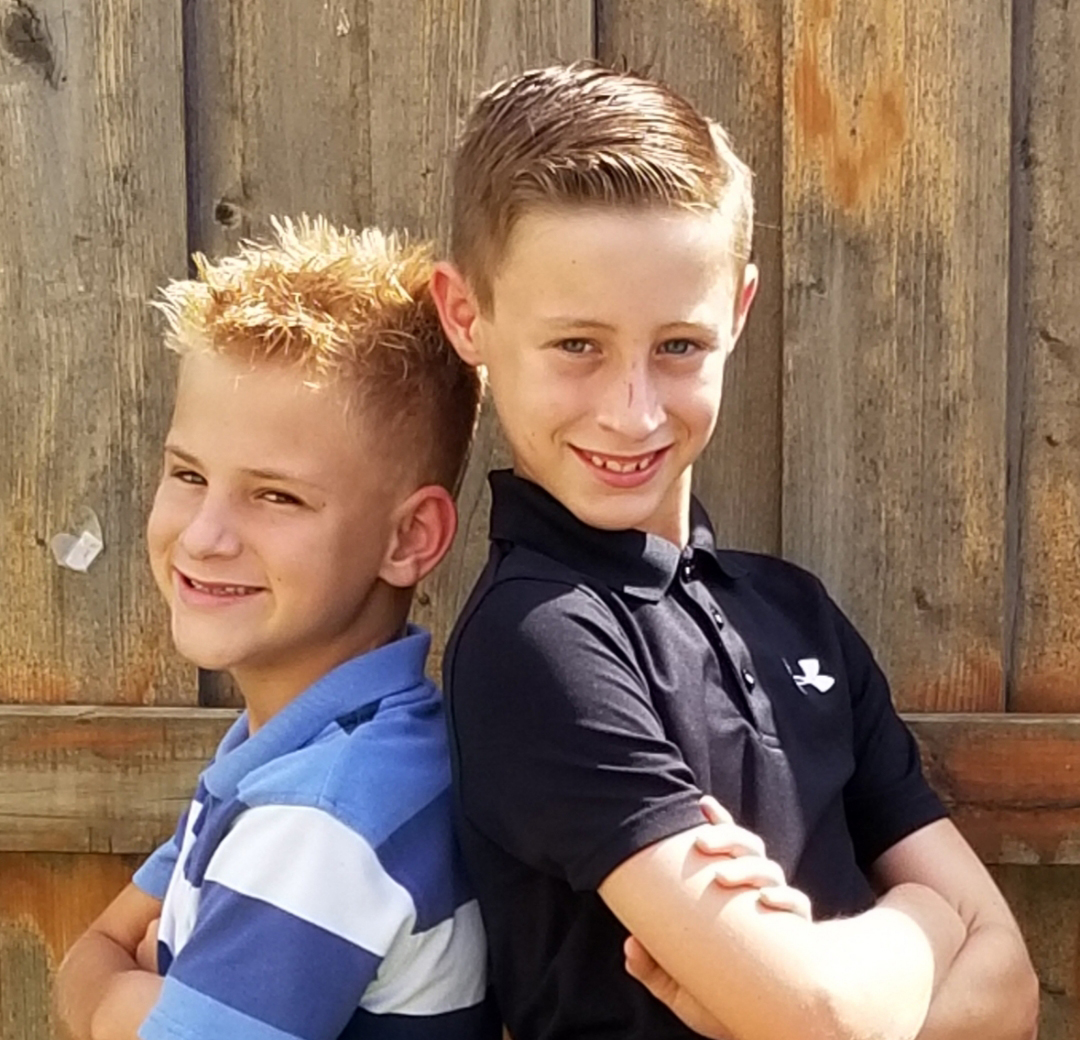 Ethan has a friend at school who is an outspoken atheist. Ethan has been praying for his friend to come to the Lord for more than a year, and recently, he has been actively talking to this friend about Jesus. In addition to this friend, Ethan found out that there is another girl in his class at school who is not a believer, and Ethan felt burdened to share Christ with her as well. One Friday afternoon when his mom picked him up from school, Ethan began telling her about this girl. He asked his mom if he could bring his Bible to school so that he could share Bible stories with the girl. His mom of course agreed, but his older sister challenged him: “Ethan, how are you going to do that?” He replied, “I’m going to start a God Club at recess. I’m going to start on Monday.”

Since Ethan started this God Club during recess at his school, his friend who was an outspoken atheist has professed his faith in Jesus and is now helping Ethan lead the club! It is so great to see how God is working in these children, in Ethan’s family, in our church, and in the world through children. (Picture is of Ethan and his older brother Bradley) Read more of Ethan's story

Greetings from Benbrook, Texas. I pray that the Lord will bless you this New Year with many opportunities to serve Him. We are looking forward to a great year in 2019. The L.I.T. Board of 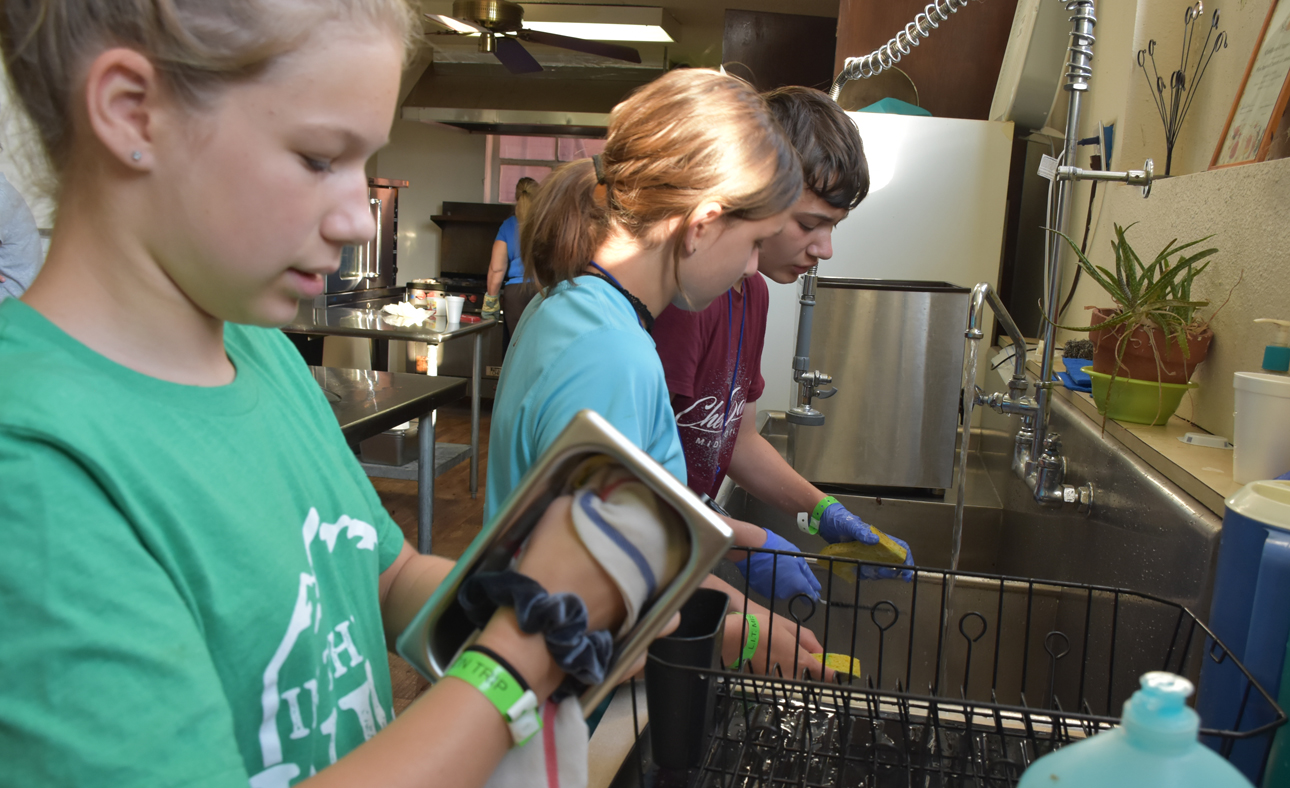 Directors met this week to look at 2019. Many doors of opportunity have opened for the ministry this year. As the ministry expands, we are taking steps to support the churches we are working with in the United States and internationally. We have seen amazing success with our online training. Churches from India, Indonesia, Africa, and many others have gone through our training, and it is having an impact on children and leaders there. We are planning a training event on March 4-6 of this year. Through this training, we will certify trainers for both the United States and internationally. We will also be recording this event, in which we will be sharing practical ways to disciple and engage children in ministry and missions. The training will be offered online for free to any church in the U.S. and internationally. L.I.T. is having a growing influence in many third-world countries, and they have requested many times for us to come to their countries to train their leadership. We hope to train and certify leaders who will travel overseas to equip leaders in multiple countries.

There Is Nothing Kids Can’t Do for God! December 2018 Newsletter

There Is Nothing Kids Can’t Do for God! 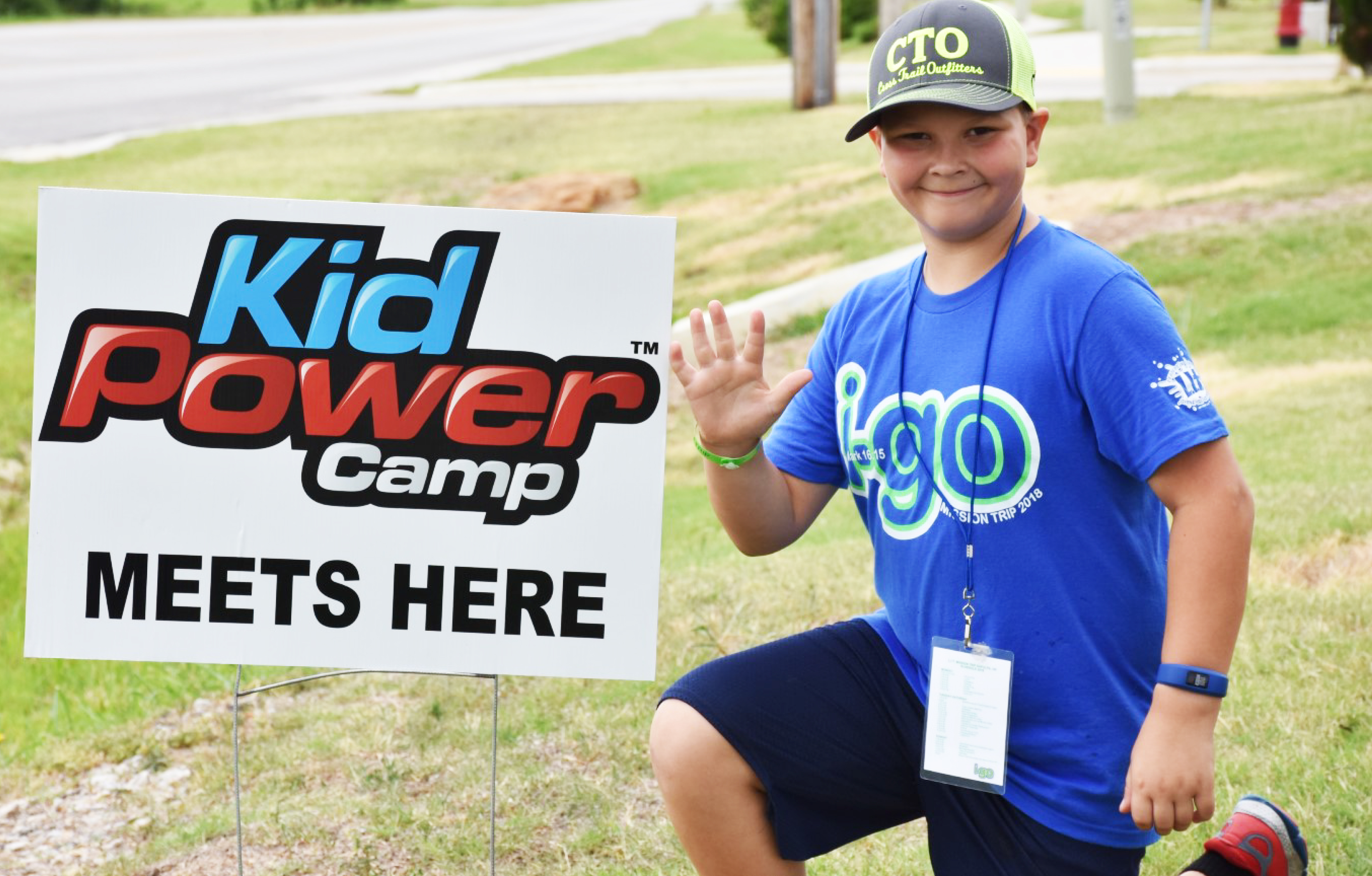 In this newsletter, I want to highlight some of the amazing stories of children being used by God through prayer and ministry. We have truly been blessed knowing the impact L.I.T. is having in the United States and internationally. We wish you and your family a very Merry Christmas and a blessed New Year.

L.I.T. in Peidras Negras, Mexico, Shares the Gospel and 30 Children Are Saved

Leaders In Training is equipping the next generation to be a part of The Great Commission in Piedras Negras, Mexico. This young man, 14-year-old Cesar Santos, recently led 30 children to Christ. To have 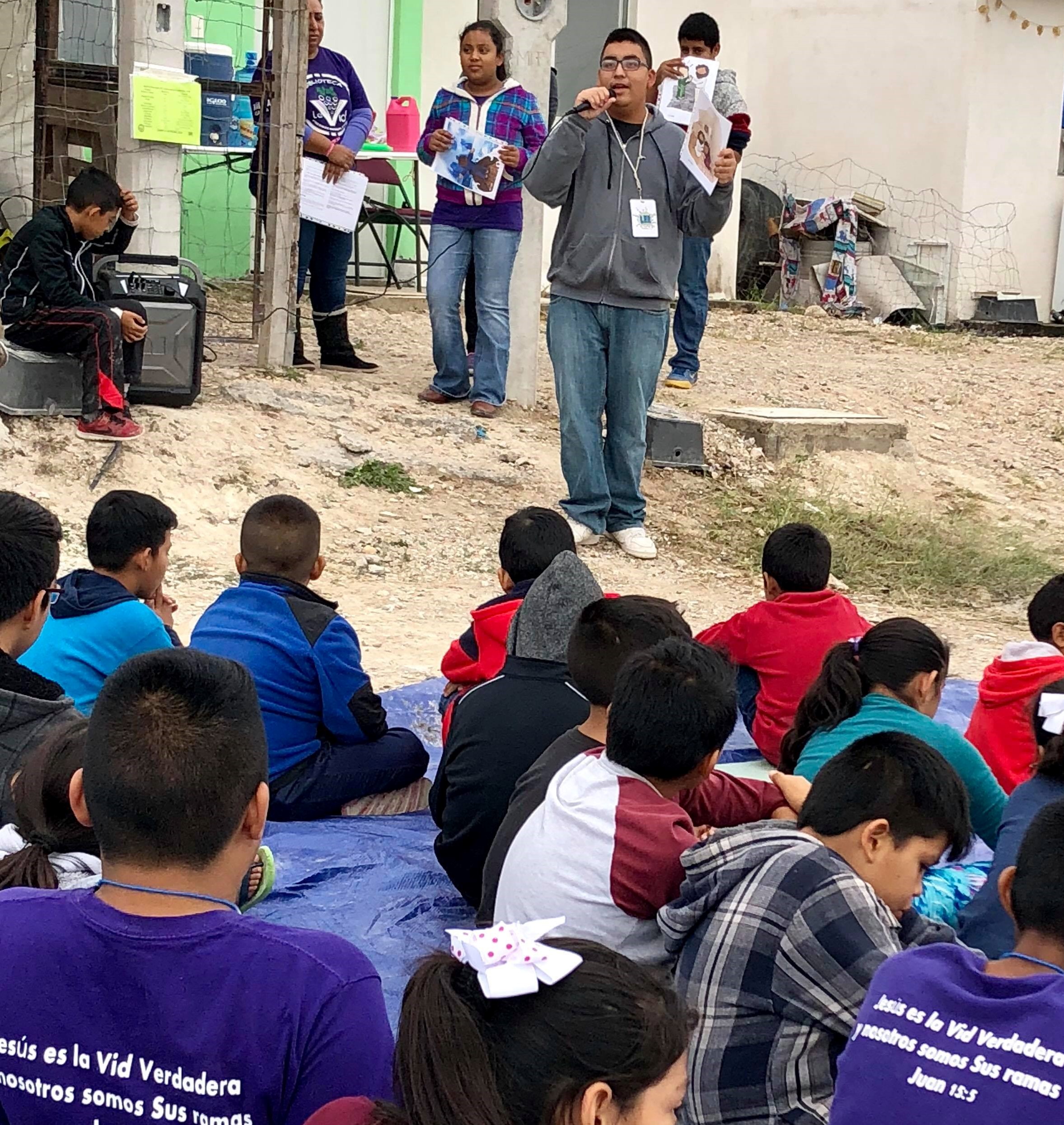 accomplished this, you may look at this picture and be led to believe he is a confident, experienced, dynamic speaker. He may well be on his way in that direction, but he is a young man who absolutely prefers to serve quietly in the background and not with his voice in front of others.

This was Cesar’s very first time ever teaching a Bible lesson. Now in his second year of L.I.T., Cesar is a Leaders In Training students from our Vine Library Outreach Program. We first met Cesar at 8 years old. He began attending the afternoon Reading Club with his younger sister. He quickly became a very accomplished reader, excelling in any of our library challenges.

He began to miss days. We discovered his father was at times an abusive alcoholic and that his mom was working extra to support the family through these trying times. God allowed us to begin to minister to his family. Cesar, his sister, and his mom began to attend church with us regularly.